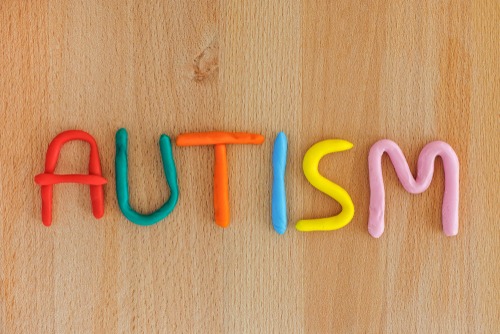 I know people, it has been a while. Between holding a full-time job and try to cope with the stress and the demands of a family, I did not have the time or energy to keep up with the blog, I apologize but let me use this blog post to update about how the boys are doing:

He is going to school and I was told he is one of the top two students which of course, make us very proud. He is strong academically even though he struggles with Mathematics a little bit, he enjoys doing his homework and learning new things. Of course, his challenges are mainly with regards to try to find his space in the teenage world where phones, girls, music and fashion are all the hot topics he is not really interested in. He is a like a little man and enjoys talking about religion, politics, science and psychology.

He can now travel back and forth on his own and is able to shop and do a few more things we would have never dreamed possible. His vocabulary is very advanced for a teenager because he loves to read the dictionary, so many times he would say a fancy word and I have to rush to the computer to find out its definition!

Of course, he has the need to feel accepted by his peers and a lot of times this is one of the hardest things he has to deal with but as he gets older, he seems to be comfortable in his own skin and try very slowly to understand that people perhaps just need ONE good friend in life and that having 5,000 friends on Facebook doesn’t mean someone has real 5,000 friends.

He hasn’t changed much although he has gotten taller and a little chubbier. He loves food. He still very rigid with regards to things being done in a the way he wants them to be done and needs to be controlled while in public. He is learning how to read a clock and he knows days and months and special celebrations such as Christmas. He has a speech therapist working with him as well as a behavioral therapist but to be perfectly honest, I haven’t seen an improvement in the speech or a decrease of his anxiety levels.

We believe that if he is able to calm down a little more, he might be able to learn at a much faster pace but again, this is not about how fast *we* want him to go but as fast as he is *able* to go, progress is slow but progress nonetheless.

He can now read a lot of words and short sentences, too but he is clever so sometimes he would try to memorize things instead of knowing them. His fine motor-skills are one of his biggest challenges but he tries his best and enjoys learning.

His speech has improved a lot. He can also read words and short sentences and his awareness is increasing. I can have short conversations with him about things and he is able to respond appropriately. His hyperactivity levels haven’t decreased though. He is like an engine 24/7 and loves to run up and down the house and get Jonah all riled up.

One of the things I noticed is that out of three boys, he is the one that does not seem to know or enjoy how to play with toys. Our middle one is very good at playing with toys and taking care of them but our youngest plays with them for a few minutes and then he starts mashing them up or breaking them apart so when he is playing with toys, he needs to be supervised. We bought them a toy stove and they enjoy “Cooking” and putting toy pots on the “Fire”.

He developed a love for the movie “Frozen” so he watches this movie with me at night almost every day and he is learning the lyrics of some of the songs. It seems to be ingrained in his brain so much that the other day when I went to the bathroom to shower, I heard someone knocked the door and said “Elsa, would you like to build a snowman?”.

Our two youngest look forward to Christmas; our oldest isn’t really into it anymore although of course he enjoys the gifts. Our youngest believes in Santa Claus so he looks forward to all the presents he hopes to receive. Shopping for autistic children in Trinidad is hard, there aren’t many options taking into consideration their special needs, prices (Gulp!) and safety but nevertheless, we hope to make a nice Christmas for them that can create some good memories for the future.

I wish I was less stressed but fourteen years of autism have taken a complete toll in every aspect of my life but just like you all wonderful moms and dads, I try my very best and I love these boys to pieces or in my youngest’s own words: I love them with a million thousand hearts.