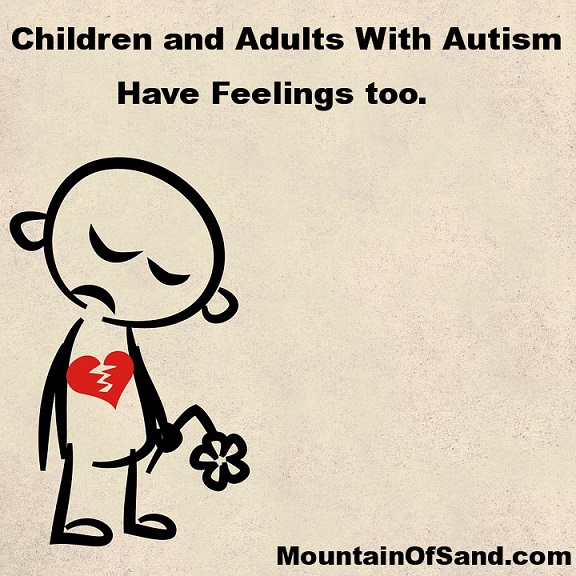 One thing I’ve learned over the past 18 years is that regardless of where your children are on the spectrum, they are first and foremost individuals with wants, needs and desires.They have a voice that must be heard, they have opinions that need to be expressed in whatever way they are able to do it.

They deserve to be loved; listened to and most of all respected. This respect starts at home with our own families. Their place on the spectrum, whether they are high, low or moderate-functioning or whether or not they are able to speak is irrelevant to the fact that they too deserve to be treated with the same dignity and respect we treat everyone we meet.

Respect for their opinions does not necessarily mean agreeing. It means you acknowledge your child/adult as an individual and their contribution as worthy and valuable. They don’t deserve to be mocked or laughed at because of how they think or how they perceive the world around them.

Sometimes the opinions and choices of children on the spectrum might seem uncommon but sometimes letting them make those choices on their own will help them towards becoming independent one day. Every individual deserves a safe environment where they can say “no” with complete freedom and not be afraid of ridicule. Often times, parents do all the talking on behalf of their children but take very little time to actually listen to what they have to say. Their thoughts matter, their opinions matter.

This is one of the things that get those on the spectrum very frustrated, particularly adults. Because they feel as though neuro-typicals want to talk/advocate on their behalf and at the same time they are not listening to what they have to say.

I can count very few instances in my life when people would actually approach my middle son and ask him a question instead of asking me about him. My middle son just smiles and stands there while looking at the person, hoping perhaps that they will communicate with him directly but they rarely do…How many children or adults who are on the lower end of the spectrum experience the same thing?

I understand that sometimes people do not know what to do or it is hard for people to relate, but please always approach the person on the spectrum and talk to them like you are talking to any of your friends. They don’t expect or deserve any less but your normal, everyday approach.

When communicating with high-functioning children on the spectrum or adults it is extremely important for neuro-typicals to allow them to express themselves without thinking we have the answer for everything (Because we don’t) or we have to interrupt or correct what they say (To conform). Respect for someone’s opinion as an individual is not only one of the best things we can give to others but in the case of our children, it also helps to boost their self-confidence and allows them to realise that they too have something worthwhile to contribute.

Adults with Autism have opinions they would love to share with others, sometimes they might also have strong views on certain topics just like the rest of us. And you know what? It is perfectly okay. Enough of the robotics where everyone needs to fit this invisible mold society tries so hard to impose in order to be accepted and validated.

When someone gives a chance to someone on the spectrum and they become friends, they are making a genuine friend for life. They never have to worry about having a fake friend who will either lie to them or stab them in the back. Friends on the spectrum will always be honest with you.

People spend years trying to get a child or adult on the spectrum to “change” the way they think like if there is some sort of anomaly that needs to be fixed (Like a car) in order to get them to think like the majority of people. When in fact, they were born to be extraordinary. Even though it is true that our children are living in a neuro-typical world, they do not have to change who they are in essence.

Children and adults with Autism have feelings too. Those feelings are manifested in many ways. Those on the higher-end of the spectrum do not always “have it good” just because they have the ability to speak and function with less assistance. They too worry, they too want to make friends and be accepted by their peers. They too want to be included in birthday parties, outings and celebrations. Many times, they are also victims of bullying or unethical people who take full advantage of the kindness of their heart and their need for friends…

Those on the lower end of the Autism spectrum are not statues or dolls that we feed, clothe, bathe and move around like if they are furniture. They need nurturing, friendship, love, and acceptance. They too want an opportunity to express their emotions. Someone who would just take the time to sit down with them, look at them in their eyes and speak to them. Someone who would take the time to see pass through the stimming, echolalia and sounds. Someone who would give them a chance at communication so they are not forced to create meaningful relationships with imaginary friends.

But don’t take it wrong. This isn’t a charity project where you feel sorry for the “autistic kid” or adult and you become one of those super heroes that comes to the rescue to make them feel better. No one wants to be anyone’s charity project. Just like us, they just want to be liked and accepted for who they ALREADY are.

Children with Autism should never have to reach a point in their lives where they have to doubt their self-worth. The world is already full of people who attempt to bring others down because they are simply not happy. But our homes can become places where our children can feel the comfort and peace in love and kindness.

A place where they know a caring parent will have their back no matter what happens, a place of protection from an often confusing world.

A place where they know they are loved and accepted just the way they are.

Even though I have many years of experience with Autism, I will never know what is truly like. But what I do know is this…as a parent; it is extremely hard to fix a broken heart. It is hard to witness the unkindness of those who simply don’t care how their words and behavior impact the most vulnerable, it is hard to witness your child trying and trying and never be considered “good enough” to become someone’s friend… And even harder, try to convince your child that there is ABSOLUTELY nothing wrong with him/her…

Be that somebody who makes everybody you meet feel like somebody. A kind gesture can reach a wound that only love and compassion can heal.

One thought on “Children And Adults With Autism Have Feelings Too” 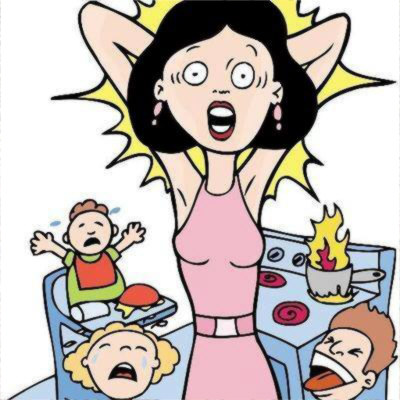